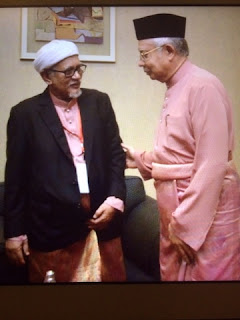 NAJIB : You Can Lie BUT You Cannot Hide

Tengku Razaleigh piles on the pressure

Tengku Razaleigh Hamzah
With such developments it is becoming clear that no matter how furiously the PM lies about the money, which he has now admitted to having used to fund his credit cards and to pay political hangers-on, the scandal cannot be covered up.
Najib’s cyber-troopers have fallen back on their “broken record” argument, complaining that the critics of 1MDB are “harping on” about the same old boring billions, which have been stolen.
Yet, even as Malaysians are being urged to ‘forget about’ this ‘old chestnut’ of a story by Najib’s writers, a dramatic press release by none other than UMNO’s key senior figure Tengku Razaleigh  Hamzah shows how the issue cannot disappear.
Razaleigh was at one point considered a possible leader of an UMNO split over 1MDB, but Najib moved to bring him close. Today he has re-opened the divide by issuing a deadly demand that the Auditor General’s report into 1MDB be de-classified, in the face of Najib’s extraordinary move to make it an Official Secret.
This was the very demand cited by Sarawak Report earlier this week, after PAC member Tony Pua revealed that the Auditor General had discovered no less than US$7 billion have gone missing from 1MDB.
As Tengku Razaleigh made clear, just as the PM’s plane was lifting off to start an official foreign visit to the UK and Russia, the suppression of this investigation into a public company, which was in response to major concerns, is wholly unjustifiable:

The same point has, of course, been made by UMNO’s other rebel of enormous stature, the former Prime Minister Dr Mahathir.

PAC Chair Datuk Hasan Arifin
Tengku Razaleigh has added that the revelation of foul play over the publication of the Parliamentary Accounts Committee report also into 1MDB also makes the de-classification necessary and urgent. Najib’s hand-picked new Chairman of the Public Accounts Committee was found to have secretly and illegally removed certain damning sentences from that report, after it had been unanimously voted through an just before it was printed.
Those sentences referred to the discovery that US$7oo million plus US$330 million were directly siphoned from the initial 1MDB PetroSaudi joint venture deal to a company (Good Star Limited) that was not owned by either party to the joint venture, according to Bank Negara, said the PAC.
So, yet another deceit is out and it seems numbers are growing amongst the UMNO warlords, who are deciding enough is enough.
Sarawak Report is sorry to sound so often like a broken record, so we will offer Prime Minister Najib and his wife Rosmah our wishes for a pleasant time abroad, as they leave their disenchanted colleagues in charge behind.
See the press release:
TENGKU RAZALEIGH HAMZAH
MISREPRESENTATION OF THE PUBLIC ACCOUNTS COMMITTEE
It has been widely reported that there had been unlawful deletions to the Public Accounts Committee’s (PAC) Report that is to be tabled in Parliament. The deletions are about a subject matter of importance and controversy in respect of the unlawful movements of money that 1MDB had purportedly borrowed from international creditors.
2 My concern is for the protection of the integrity and standing of the Dewan Rakyat in the eyes of the public as an institution where Members of the Dewan Rakyat act responsibly and honestly without misleading the public.
3. In view of the deletions, I am concerned whether the Report that is going to be presented to the Dewan Rakyat is a report that can stand up to the public concerns in respect of the purported loans that 1MDB claims to have made on behalf of the nation. The deletions will be considered not only as unlawful but also a serious breach of the Houses of Parliament (Privileges and Powers) 1952, Section 9(i), (j) and (n)(iii).
4. The Houses of Parliament (Privileges and Powers) Act 1952 is intended to protect the integrity and reputation of the Dewan Rakyat so that the people of Malaysia will have confidence in the Dewan Rakyat as a constitutional institution to protect their interests. A breach of the Sections that I have referred to which deals with the tampering, misrepresentation and falsification of the documents presented to the Dewan Rakyat is precisely the kind of actions which fall within the offences under the Act. What it means is whatever deletions that have been made can cause apprehension among members of the public that the Report cannot, in the circumstances, reflect the entire truth of the facts surronding the 1MDB issue.
5. Therefore, I am again making a call that the Auditor-General’s Report, which has been classified as “Official Secret” should be declassified as a matter of urgency for the reasons I have given above and because the Members of the Dewan Rakyat have a constitutional right to the Auditor-General’s Report before Parliament sits on 16th May, 2016. The issues are of such public importance that there cannot be any excuse for making the Auditor-General’s Report an official secret. I would also like to reiterate the decision by the Prime Minister Y.A.B. Dato’ Sri Najib that the 1MDB issue be investigated by the Auditor-General and its result presented as a report for the consideration of the Dewan Rakyat. In making that decision, the Prime Minister gave the impression that there is nothing to hide.
Tengku Razaleigh Hamzah Member of Parliament Gua Musang Kuala Lumpur, 14th May 2016, 7th Syaaban 1437H.
Posted by Nik Amir. at Sunday, May 15, 2016 No comments: Links to this post

Did PKR or DAP achieve anything from their quarrel in Sarawak Elections? The winner is Barisan because of the stupidity of the opposition in claiming their right to certain constituency to nominate their candidate.
When can this opposition learn to be more matured to form a formidable party? 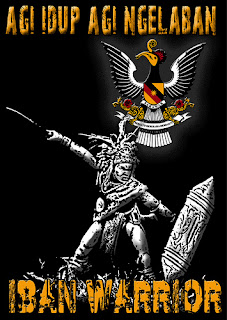