Ibrahim Ali supported a non-Malay candidate when there was a Malay candidate in the 'buy Election' at Hulu Selangor.
Question:
Does this mean that Perkasa's support for Malay rights is limited to those who support BN only ? 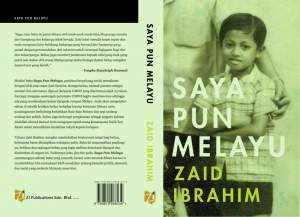 The Good And The Bad News For Anwar 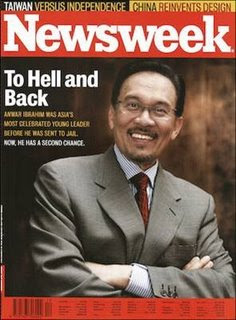 Lawyer: I have some good news and some bad news.


Anwar: Well, give me the bad news first.

Lawyer: The bad news is that the DNA tests showed that it was your blood they found all over the crime scene 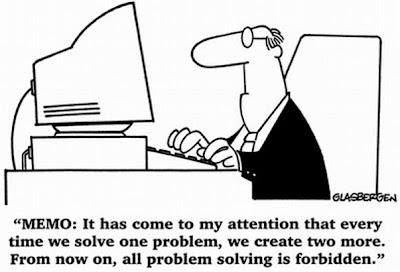 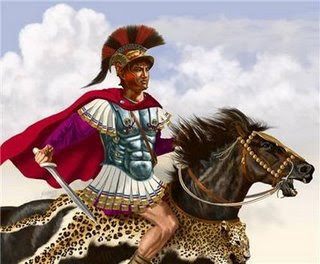 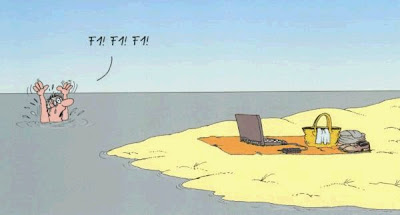 Giving and Accepting Help Is Vital to Your Success
"It now appears that Help is the make-break point between sanity and insanity." -- L. Ron Hubbard

You can have many problems regarding the subject of help, two of which are:

1. Fear of being helped
2. Frustration when trying to help others

The second problem occurs with doctors, consultants, accountants, teachers, church leaders, attorneys, counselors, employers, employees, family members and others. You try to help people, but they reject your help.

For example, if you are wealthy, your friends and family members might ask you for loans. But if you are smart, instead of giving loans, you offer a better form of help: financial education.
Successful investors want others to make money through investments. They agree with the ancient Chinese advice, "Give a man a fish and you feed him for a day. Teach a man to fish and you feed him for a lifetime."

Whenever these investors' family and friends accept this help, they also become wealthy. However, sometimes, they reject this help. They say, "Investing is too hard" or "It's too risky" or "I don't have the time."

Physicians also have this problem. They tell patients to stop smoking, eat more vegetables and exercise. Patients often reject this helpful advice and just want drugs. In fact, some patients change doctors if they don't get the drugs they want.

You might know several ways to help people with your advice. And when people will not listen to your advice, you probably feel frustrated. You might even give up on giving help. You might say, "To heck with them!" "They don't deserve my help." "I'm too good for them."
If the frustration gets worse, you might even feel a little crazy. You cross over the make-break point between sanity and insanity!

Another reason people dislike help is when they are betrayed.

Help Becomes Betrayal
You trust someone and then they stab you in the back. They betray you and so you stop trusting them. If enough people betray you, you decide to not trust anyone.

As a result, when people say they can help you, you immediately worry they cannot be trusted.
Betrayal, disguised as help, is common in this society. For example, you hear someone is depressed and so goes to a psychiatrist for help. A few weeks later, they are either taking a psychiatric drug or feeling more depressed than ever. You learn a lesson. If you feel depressed, do not seek help!

Con artists take advantage of you by pretending to offer help. "I know how you can double your money in one month! You can't lose!"

A few weeks later, the con artist, and your investment, are history.

Business owners often feel damaged by employees they trust. "Don't worry boss, you can count on me!" Employees often feel the same way about business owners. "I'll give you a raise as soon as the company is doing better."

If you are betrayed too often, the world seems against you. You feel alone. You tend to stop people, including yourself, from pursuing a brighter future. You discourage risk. You criticize new ideas. You feel afraid of change. Yet you can't give up! You can't close the door to possibilities. You can't lose hope.

Hope
Even if you have been betrayed, you can and should trust most people anyway.
Most people have good intentions. Most people enjoy helping you. Most people are not evil.
The small percentage of people you cannot trust are easy to identify. You just need to know the signs of the anti-social personality.
Seven Healthy Attitudes about Help
1. Rejecting help does not improve your life, but closes the door to opportunities.
2. Being too "proud" to accept help has nothing to do with pride and everything to do with past betrayals.
3. Too much self-reliance or self-dependence limits your success. Being an island burns you out.
4. Seeking help does not mean you have failed, but is a sign of intelligence.
5. Depending on people is healthy and vital to your long-term success. Everyone who is famous, wealthy or wildly successful proudly admits they had a great deal of help. No one succeeds on their own.
6. People are basically good. Most of them have good intentions. They are worthy of your help.
7. Freely giving help and freely accepting help are signs of sanity. Both are essential to your success.
Recommendations
If giving or receiving help is not easy for you, deliberately do the following two steps every day.
1. Find a way to receive help from someone.
2. Find a way to help someone.
After one week, notice how you feel.
Keep giving and receiving more and more help until you are enjoying more success. You will also feel great!
Posted by Nik Amir. at Tuesday, April 13, 2010 No comments:

Your neighbor likes to throw parties. Every Saturday night, his stereo is blasting and the street is full of cars. What do you do?

You probably act logically and work it out. You might talk to the person, report the problem to the police or go to a movie.

However, you would probably not go shoot the neighbor.

What if you feel your business is threatened by another business? Say you own a restaurant, but notice you are getting fewer reservations and your income is going down. You find out the new restaurant down the road is taking your customers.

Do you work on your menu? Improve your service? Advertise? Form a partnership with the other restaurant owner? Enjoy the challenge of a competition? Sell your restaurant?

Probably something like that. But would you throw a bomb into the other restaurant? Kill its employees? Why not? After all, they are threatening your living and hurting your business.

Perhaps if someone killed your friend or a family member, you would want to attack the murderer. But sooner or later, you would realize blood on your own hands was no solution. As any war veteran can tell you, killing people can cause a lifetime of depression.

So why does anyone go to war? What might be a better solution?

Without getting involved in politics, L. Ron Hubbard has always taken a stand against war. Even though he was a decorated Naval officer in World War II, he disagreed that war solved anything.

In 1950, he wrote in his famous book, Dianetics: The Modern Science of Mental Health:

"There is no national problem in the world today which cannot be resolved by reason alone.”

"The farmer of Iowa has no quarrel with the storekeeper of Stalingrad. Those who say such quarrels exist lie.”

"Attack the natural enemies of man, attack them well, and war of man with man cannot thereafter be a problem. This is rationality."

In another book called All About Radiation, L. Ron Hubbard writes,

"Man has a madness and that madness is called war. That madness really hasn't anything to do with politics.

“The truth is very simple. A government becomes worried about its ability to control its populace and neighbors and resorts to war as a means of compelling obedience at home as well as abroad.

"In actuality, a weakness and insecurity of government causes war. If a government were very strong and felt very secure, it would employ the most peaceful, quiet methods of granting beingness* and getting cooperation from its potential enemies. It wouldn't fight a war. One doesn't find an educated, secure man fighting with his neighbors. No, the person who fights his neighbors is a very insecure and not at all sane man."

(*Granting Beingness: Allowing others to be who they are.)

1. Instead of getting into political arguments or attacking people, talk about conquering our common enemies. Choose an enemy of mankind, such as famine, drought, insanity, drug abuse, hatred, illiteracy, disease, crime and so on.

For example, someone says, “Don't you think that (politician/political party) is going to ruin our lives?”

You say, “I don't know about that, but I do think we need to help the teachers in our high schools as most of their kids can't even read!”

2. Whenever you want to attack or hurt someone, work on your own weaknesses and insecurity. Find constructive ways to make yourself more powerful.

For example, instead of trying to ruin one of your competitors, get more training, get advice or work much harder to win the competition.

3. Peacefully and quietly grant beingness to your enemies. Use your strength and intelligence to obtain their cooperation.
Posted by Nik Amir. at Monday, April 12, 2010 No comments: 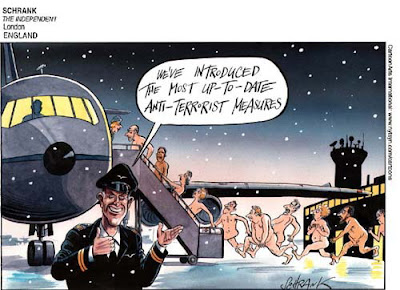 Email ThisBlogThis!Share to TwitterShare to FacebookShare to Pinterest
Labels: anti-terrorist 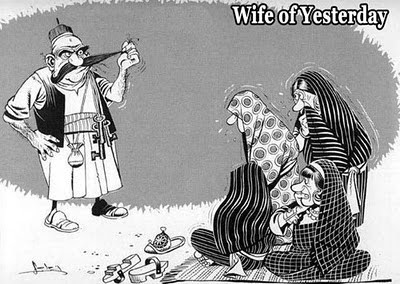 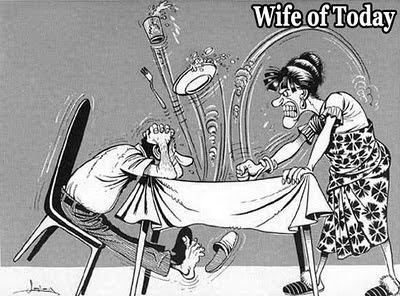 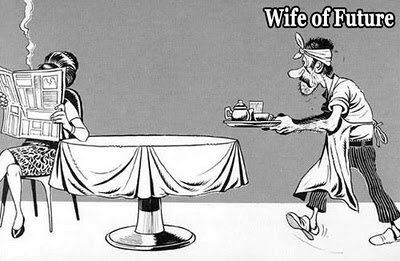 The Voice Of Wang Malaysia


"Tomorrow first thing in the morning"

means
"Its not getting done...
At least not tomorrow !".


"After discussion we will decide - I am very open to views"
means
"I have already decided, I will tell you what to do"


"There was a slight miscommunication"
means
"We had actually lied"


"Lets call a meeting and discuss"
means
"I have no time now, will talk later"
"We can always do it"
means
"We actually cannot do the same on time"


"We are on the right track but there needs to be a slight extension of the deadline"
means
"The project is screwed up, we cannot deliver on time."


"We had slight differences of opinion"
means
"We had actually fought"


"Well... family is important, your leave is always granted. Just ensure that the work is not affected"
means
"Well you know..."